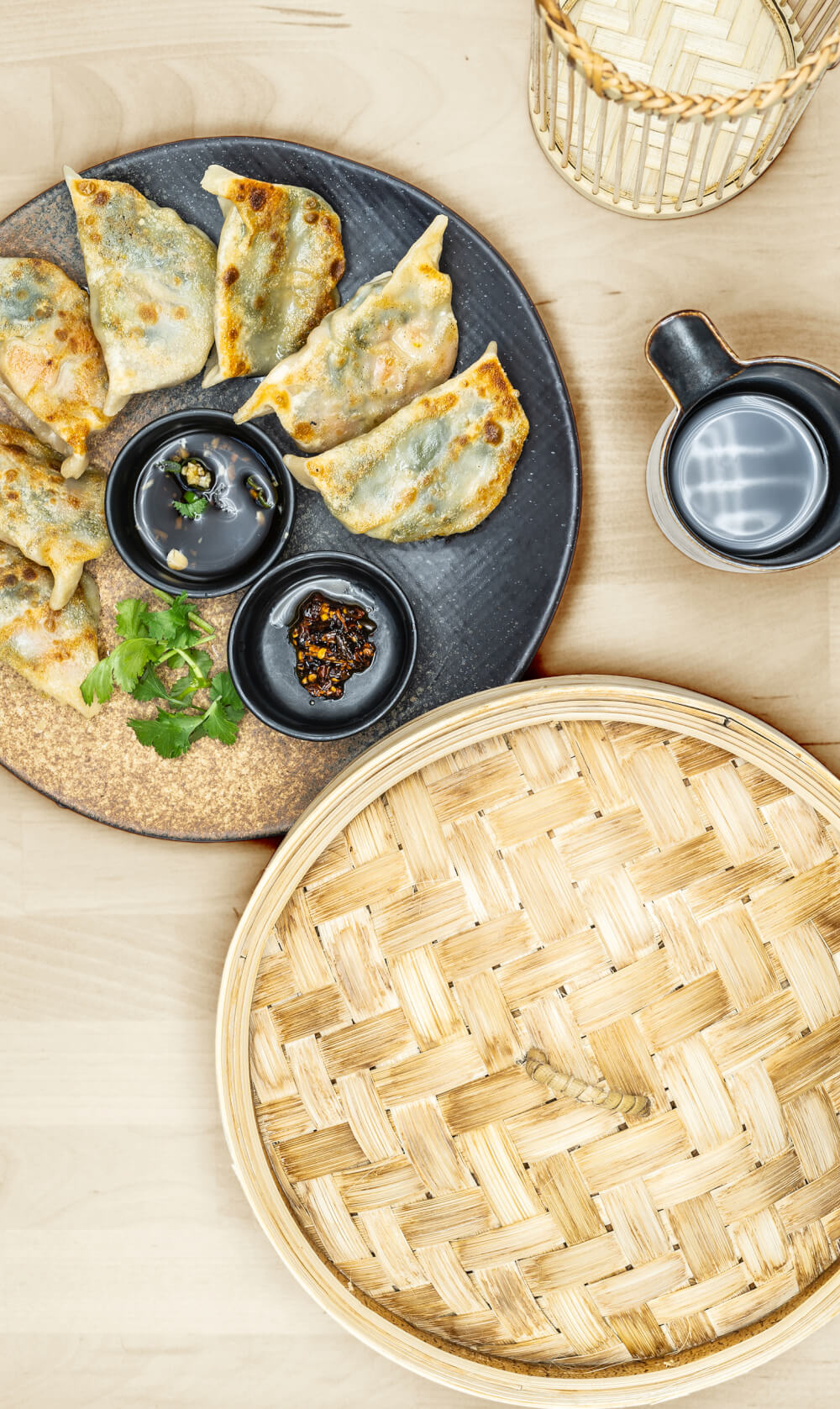 Dumplings, or jiǎozi, is one of the most traditional and cherished dishes in Chinese cuisine. Dumplings are traditionally prepared and enjoyed together with family and friends. They are even believed to serve a higher purpose: to provide you with great fortune and a good life.

Dumplings were originally referred to as «tender ears» because they were used to treat frostbitten ears about 1700 years ago. To help the freezing population, the Chinese doctor Zhang Zhongjing poured lamb, peppers, and some warming medicines in a pot. He chopped them and filled small dough wrappers which he boiled and served with warm broth up until the Chinese New Year. In order to celebrate the New Year, people imitated Zhang's recipe to make dumplings.

Dumplings generally consist of minced meat and finely chopped vegetables wrapped in a piece of thin dough. At Kinabolle we make our dumplings from scratch. Each dumpling is packed by hand, giving them a characteristic homemade look.